On Monday, the Senate Judiciary Committee considered Ketanji Brown Jackson’s candidacy for Supreme Court justice, with Democrats hoping to confirm her as the first Black woman on the court by the end of the week. After one of the Democrats, California Senator Alex Padilla, was delayed on a flight, the panel adjourned at noon. Later in the day, the committee was scheduled to vote on the nomination and come up with an 11-11 tie. Jackson is opposed by all of the Republicans on the panel, and the Senate is split 50-50.

If the committee fails to reach an agreement, Democrats are anticipated to rush to the Senate floor to “discharge” Jackson’s candidacy. While this won’t hold up the process for long, it’s another setback for Democrats who had hoped for a bipartisan vote to approve Jackson. As the committee meeting began, President Joe Biden issued a tweet urging senators to support her.

“Judge Jackson will bring to the Supreme Court remarkable qualifications, vast experience and intellect, and a rigorous judicial record,” Biden tweeted. “She is deserving of confirmation as the next Supreme Court Justice.” The discharge vote, which is expected late Monday, is the first of numerous procedural stages on the Senate floor, with a final confirmation vote scheduled for Friday. Jackson is on the verge of being confirmed to replace retiring Justice Stephen Breyer, thanks to the support of at least one Republican, Maine Senator Susan Collins.

Jackson is on the verge of becoming the court’s third Black justice and only the sixth woman in its more than 200-year history, after more than 30 hours of hearings and scrutiny by Republicans over her record. Democrats point to her nine years on the federal bench and the possibility of her becoming the court’s first former public defender. Sen. Dick Durbin, D-Ill., the chairman of the Judiciary Committee, stated as he opened Monday’s meeting that Jackson has “skill, honesty, politeness, and grace at the highest level.”

“Today’s move by this committee is nothing short of historic, “Durbin explained. “It is an honour for me to be a part of it. Judge Jackson’s nomination will have my full and unwavering support.” Iowa Sen. Chuck Grassley, the committee’s top Republican, said he opposes Jackson’s nomination because “she and I have fundamentally different ideas on the job of judges and the role that they should play in our form of government.”

Since 1991, when Biden was chairman of the committee and a motion to send current Justice Clarence Thomas’ nominee to the floor with a “favourable” recommendation failed on a 7-7 vote, the committee hasn’t been deadlocked. The committee then voted to submit the nominee to the floor without a recommendation, which means it might still be voted on. Last Monday, Delaware Senator Chris Coons, a Democrat on the committee, said a stalemate vote on Jackson would be “a profoundly tragic signal of our confirmation process’s continuous spiral into chaos.”

So far, Democrats know they’ll have at least one Republican vote in their favour on the floor — Collins, who revealed her support for the nomination last week. Collins said Jackson “possesses the expertise, qualifications, and character to serve as an associate justice on the Supreme Court,” even if she doesn’t always agree with her. So far, it’s unclear if any other Republicans will join her. Last week, Senate Republican Leader Mitch McConnell of Kentucky set the tone for the party when he stated he “cannot and will not” support Jackson, citing GOP reservations about her sentencing record and her backing from leftist advocacy groups raised during the hearing.

Republicans on the Judiciary Committee pressed their case against Jackson on Monday, defending their repeated inquiries regarding her sex crime conviction. “Questions are not assaults,” said Tennessee Senator Marsha Blackburn, one of several Republican senators on the panel who hammered the idea home during the hearings two weeks earlier. At the time, Jackson pushed back, saying, “Nothing could be further from the truth.” Democrats said that her choices were consistent with those of previous judges. On Monday, they chastised their Republican counterparts for grilling them aggressively.

“You could try to make a straw man here, but it’s not going to hold,” New Jersey Senator Cory Booker remarked. The interrogation was full of “absurdities of contempt, “Booker, who is also black, stated that if she is confirmed, he will “rejoice.” Collins and the Senators When the Senate confirmed Jackson as an appeals court judge last year, just two senators, Lisa Murkowski of Alaska and Lindsey Graham of South Carolina, voted against her. Graham announced on Thursday that he will not vote for her this time, while Murkowski says she is still undecided.

Collins’ vote will likely rescue Democrats from having to rely on Vice President Kamala Harris’ tiebreaking vote to confirm Biden’s nomination, and President Obama thanked her on Wednesday. Before the hearings, Biden called her at least three times in an effort to secure a bipartisan vote for his historic nomination.

All 50 Democrats are likely to vote for Jackson, though one key moderate Democrat, Arizona Sen. Kyrsten Sinema, has yet to declare her vote. 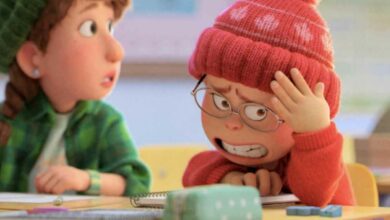 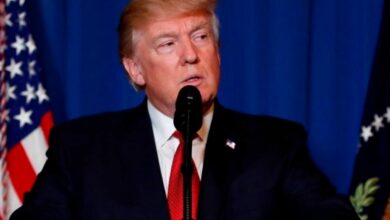 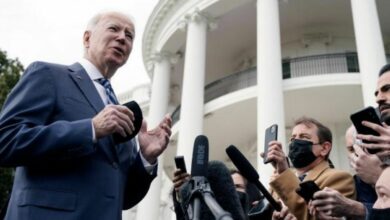 Biden: ‘Each Sign’ Is That Russia Will Assault Ukraine ‘inside The Following A Few Days’