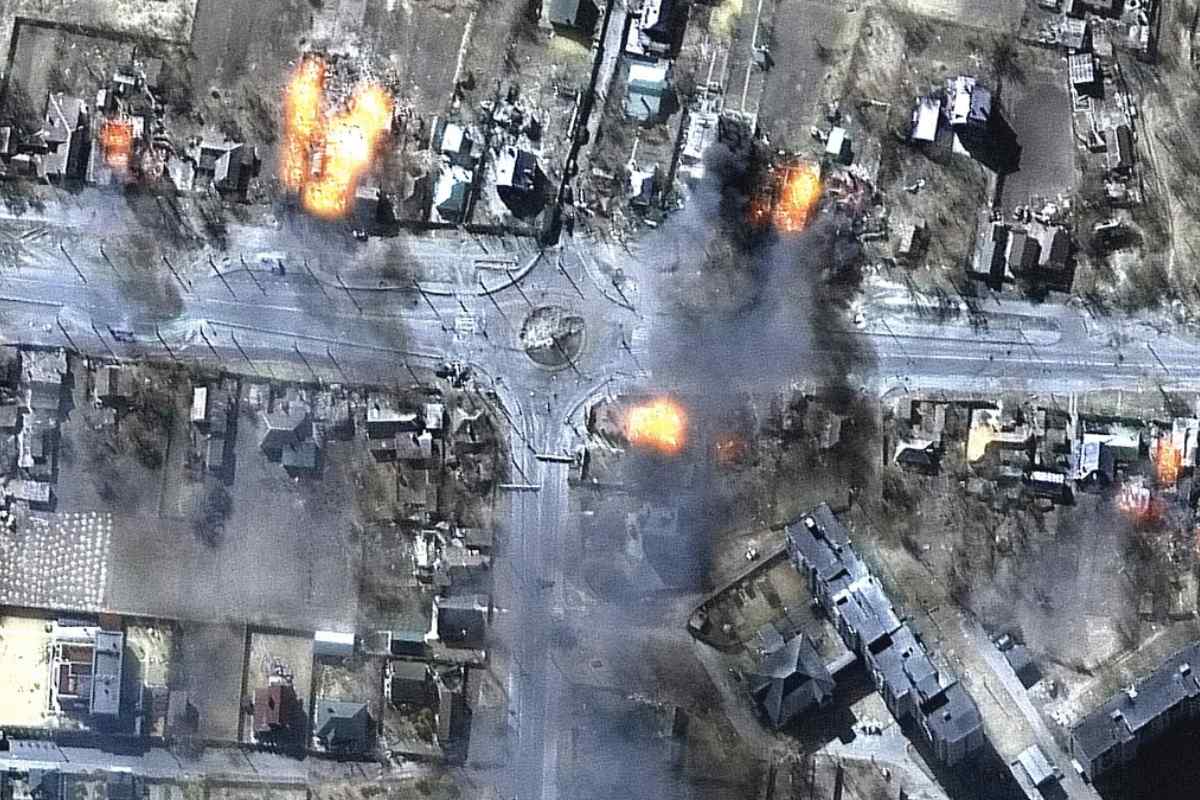 Family members of an American man murdered in a Russian attack in northern Ukraine said he was trying to obtain food for his sick girlfriend as they lamented the loss of one of the first Americans slain in the invasion. Jimmy Hill was “gunned down” while waiting in a bread line with several other people in Chernihiv, Ukraine, according to his sister, Cheryl Hill Gordon, in a Facebook post. Local cops discovered his body in the street, she said.

Ten people were slain in Chernihiv’s bread line on Wednesday, according to Ukrainian officials. The death of an American was confirmed by local authorities and the US State Department, but the victim was not identified. Jimmy Hill came to Ukraine months before Russian tanks rolled into the country to be with his Ukrainian partner, Ira, who has multiple sclerosis, according to Hill’s sister, Katya Hill. His family pleaded with him to leave the nation, but he was adamant that he would not.

Katya Hill stated, “He was not going to leave Ira’s side given her condition.” Gordon told the Washington Post that after she had pneumonia, her brother and his girlfriend drove four hours to Chernihiv Regional Hospital for treatment. Jimmy Hill’s Facebook updates throughout the month detailed the horrible conditions he endured in Chernihiv, which included fires, explosions, and air raid sirens. As the two confronted starvation and harsh conditions, the blogs also detailed Ira’s condition and his own sense of helplessness.

Hill stated in his final post on Tuesday: “There’s a lot of bombing going on! still going strong. Food is scarce. The room was really cold. Ira is in critical condition.” When her brother died, Katya Hill told CNN, he was trying to locate food for himself, Ira, and other patients at the hospital. “In a crisis, people turn to my brother for support,” she explained.

Hill was born in Minnesota and has lived in a number of different states during his life. He represented himself as a lecturer at Ukrainian and Polish institutions. Gordon told the Washington Post that he was also an Airbnb host who enjoyed traveling and shared his time between his family in the United States and his life in Ukraine. Katya Hill told CNN that the family has been unable to contact Ira’s mother and that they are unaware of the location of her brother’s body. “The most difficult thing we’ll have to go through is not having that type of closure,” she explained.

Hill was at least the second American citizen slain in Ukraine’s conflict. Last week’s assassination of journalist and filmmaker Brent Renaud was the first reported American death. On Thursday, local governor Viacheslav Chau told Ukrainian television that at least 53 persons had been taken to morgues in Chernihiv over the previous 24 hours after being murdered by intense air assaults and ground fire.