As Russian missiles soared through the skies above Ukraine on Thursday and international leaders condemned an invasion expanding throughout the country, China declined to criticize Russia explicitly, instead of blaming the US and its allies.

As Russia’s invasion of its neighbor continues, Beijing finds itself in a difficult position, balancing strong strategic cooperation with Moscow with its seemingly contradictory policy of defending state sovereignty.

On Thursday, a Chinese government official dodged questions about whether the country would criticize Russia’s activities or consider them a “invasion.”

Instead, China’s Assistant Foreign Minister Hua Chunying — who recited the same tired platitudes about wanting peace via discussion and declaring the situation to be “dangerous” —”not what we would hope to see” — was quick to point the finger at the US, implying that Washington was a “culprit” for “fanning up flames,” alluding to recent US threats of an impending invasion.

“China has taken a responsible attitude and persuaded all parties not to escalate tensions or incite war…Those who follow the US’ lead in fanning up flames and then shifting the blame onto others are truly irresponsible,” she said.
Hua had made similar remarks the day before, prior to the invasion, when he blamed the problem on “NATO expansion eastward all the way to Russia’s doorstep.”
“Did it ever think about the consequences of pushing a big country to the wall?” she said.
Hua’s attendance at both days’ briefings was rare in and of itself since the seasoned spokesperson had not been on the stage in such briefings since October when she was appointed to assistant minister for foreign affairs.
Her remarks were extensively circulated across China’s official state media and social media channels, where news and discussion on Ukraine dominated.
‘War isn’t amusing.’
While state media echoed the official government line, top trending topics on Weibo, China’s Twitter-like platform, included a speech by Russian President Vladimir Putin, which received over 360 million views, as well as posts about how Ukrainian citizens were reacting, such as a 62 million-view post about people lining up to donate blood.
The morning’s most popular subject was “Ukraine President declares Western countries have entirely given up on Ukraine,” which received over 1 billion views and tens of thousands of comments.
Many of the comments on the heavily controlled site ridiculed Ukraine and its President Volodymyr Zelensky for being “pro-Western,” while others praised Russia and Putin.
Read More: Organ Transplants In The United States Need To Be More Equitable, According To A Panel Of Experts
But others pushed back: “War is not funny at all,” wrote one user, whose post was liked over 60,000 times. “It makes me feel physically sick to see all the jokes about war.”
Other Chinese official media outlets’ homepages took a more cautious approach, presenting remarks and news from both the Ukrainian and Russian sides while focusing on sanctions imposed by other nations against Russia.
The People’s Daily, a Communist Party newspaper, emphasized statements from China’s Foreign Ministry that the US had been “raising tensions and stirring up conflict.”
On Tuesday, what appeared to be an internal memo from Chinese state media Beijing News directing its employees not to publish news reports “negative to Russia or pro-West” was mistakenly published on the outlet’s official social media account, providing a glimpse of the kind of guidance that state media may be under.
Employees were also told to “select and release suitable comments,” according to the post, which was quickly removed. CNN’s request for comment on the event was turned down by Beijing News, which is controlled by the Chinese government.
Read More: Vice President Biden Will Nominate Judge Ketanji Brown Jackson To The Supreme Court.
Facebook Twitter LinkedIn Tumblr Pinterest Reddit VKontakte Share via Email Print 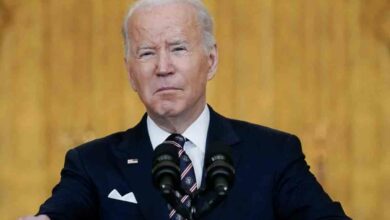 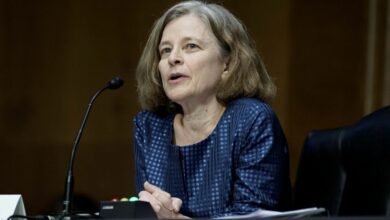 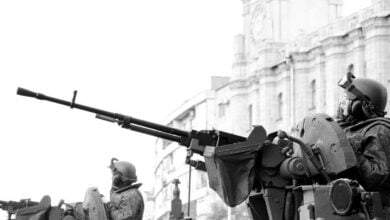