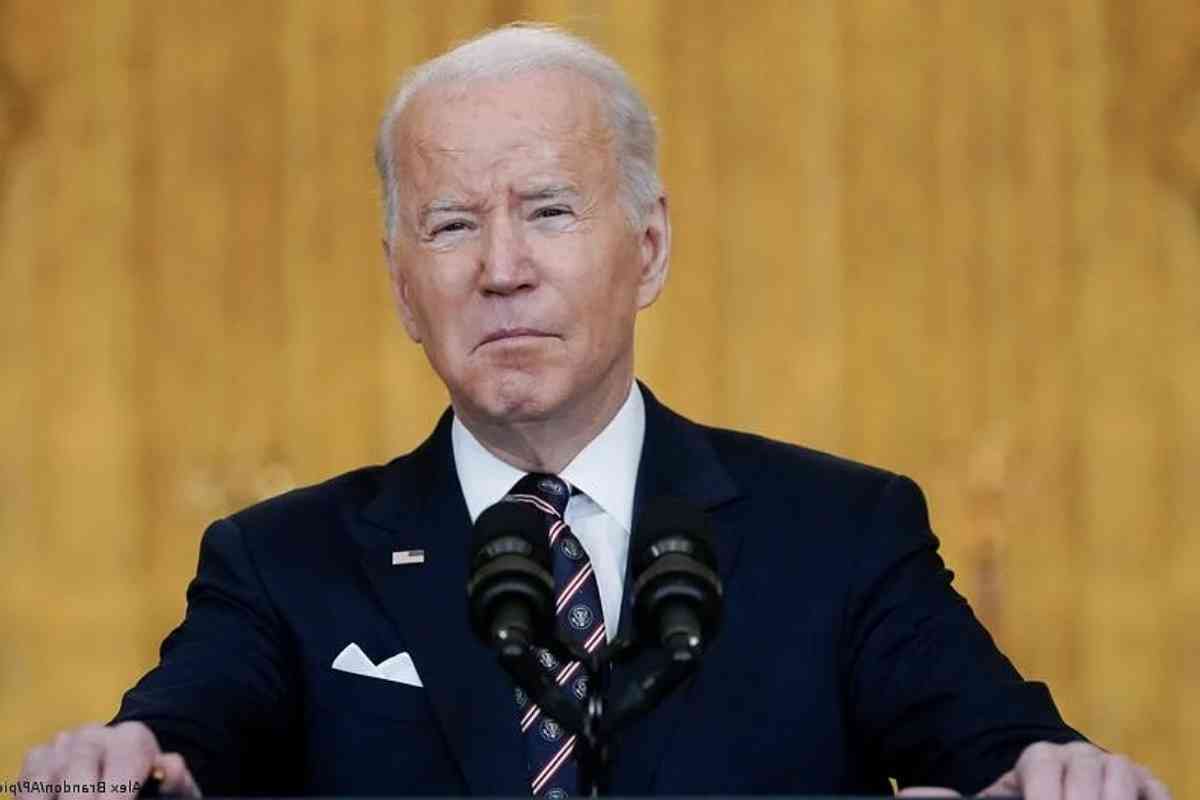 One month after Russia’s unprovoked invasion of Ukraine, President Joe Biden will arrive in Rzeszów, Poland, on Friday to begin the second leg of his emergency journey to Europe. Following a day of NATO and G-7 summits in Brussels focused on military readiness and punitive measures against Russia, Biden’s travel to Poland provides an opportunity for the president to highlight the human cost of Russia’s increasingly savage war. Biden is set to meet with some of the more than 3.7 million refugees who have been forced to escape Ukraine over the course of two days in Poland, the vast majority of whom are women and children.

Biden will also meet with Polish President Andrzej Duda to discuss the mounting humanitarian crisis in Ukraine’s neighboring countries, which have borne the brunt of the influx of refugees. Poland, which shares a 530-kilometer land border with Ukraine, is at the heart of Europe’s migrant crisis, has received more than 2.2 million people — over two-thirds of all migrants — in the month since the conflict began. Several other countries near Ukraine’s southwest border, including Romania (with about 570,000 migrants), Moldova, Hungary, and Slovakia, have also taken in considerable numbers of migrants.

This has put a significant pressure on authorities, healthcare systems, and humanitarian aid agencies, with host countries pleading with Western partners for more financial assistance to help handle the still-growing number of arrivals. Biden is known in the United States as America’s “comforter-in-chief” because of his capacity to connect with those who have experienced immense grief, something he can personally identify to as a remarried widower who has lost two of his four children. Biden declared on Thursday that the US is prepared to give more than $1 billion in humanitarian aid to help Ukrainians who are still within the nation as well as those who have become refugees.

“Many Ukrainian refugees will want to stay in Europe, closer to their homes,” Biden added, so they can return to Ukraine swiftly once the war is done. However, for individuals who wish to relocate to the United States, Biden stated that the government is willing to accept 100,000 Ukrainians, “with a focus on family reunification.” Russian President Vladimir Putin’s tactics have become increasingly savage as the war drags on and the Russian military fails to make meaningful gains. The US government formally accused Russia of war crimes in Ukraine as Biden was leaving for Europe on Wednesday, and said anyone involved should face punishment.

Secretary of State Antony Blinken emphasized the savagery in Mariupol, Ukraine, in delivering the formal US conclusion, comparing it to comparable Russian attacks against Grozny in the Second Chechen War and Aleppo during the Syrian civil war. “Russian forces have demolished apartment complexes, schools, hospitals, essential infrastructure, civilian cars, shopping malls, and ambulances, killing or injuring thousands of innocent civilians,” according to Blinken.

Many of the buildings targeted by Russian forces are “clearly identifiable as being in use by civilians,” according to Blinken, who cited the bombings of the Mariupol maternity hospital and a theatre there that were clearly marked with the word “children” in Russian “in huge letters visible from the sky.”