The American comedian and TV executive Byron Allen is a household name. To most people, Byron Allen will always be known as the man in charge of the massive American media conglomerate known as Entertainment Studios. Allen Media Group is a business he owns and runs (AMG).

One of Hollywood’s most unsung heroes, he has achieved extraordinary success without drawing much attention to himself. Allen now owns the Weather Channel after purchasing it in 2018. (not the website). He has two companies, and between them, they own 12 cable networks and actively produce about 70 shows that are broadcast by affiliates all over the United States.

On April 22, 1961, in Detroit, Michigan, the world welcomed Byron Allen Folks into the world. He was raised a Los Angeleno. When Allen was young, he would accompany his mother to the NBC studios in Burbank, where she worked as a publicist. Allen, who had free reign of the studio lots, would occasionally invade the set of “The Tonight Show” and pretend to host the show from Johnny Carson’s chair.

Allen crafted a stand-up routine and debuted it at amateur nights in Los Angeles comedy clubs. Comedian Jimmie Walker was so impressed by Allen’s stand-up routine that he recruited the then-14-year-old to work on jokes with fellow young comics Jay Leno and David Letterman for his comedy writing team. Allen first appeared on “The Tonight Show Starring Johnny Carson” when he was 18 years old. Allen is the youngest stand-up comic in the show’s history.

The success of Byron’s guest appearance on “The Tonight Show” led to an offer to co-host a new talk show, “Real People.” He took advantage of his time as a co-host on “Real People” to educate himself on the inner workings of the entertainment business, including the business of producing, directing, and advertising, as well as the nature of the money involved.

In his spare time, he built connections with local TV stations, met with advertisers one-on-one, and got to know as many people as possible in the industry. Allen’s mom and he started Entertainment Studios together in 1993.

His first show, “Entertainers with Byron Allen,” aired for an hour once a week and featured interviews with contemporary Hollywood actors and actresses. When Allen launched his portfolio of six HD television networks in 2009, he made history as the first television entrepreneur to do so. Pets. TV, Comedy.TV, Recipe.TV, Cars.TV, ES.TV, and MyDestination.TV is the six channels that make up the bundle.

He doesn’t make the networks pay exorbitant sums of money for the rights to his shows; instead, he gives them away for free. What you read is correct; it’s free. The content is provided free of charge, but in exchange, Byron is given the option to sell fifty percent of the show’s advertising time. 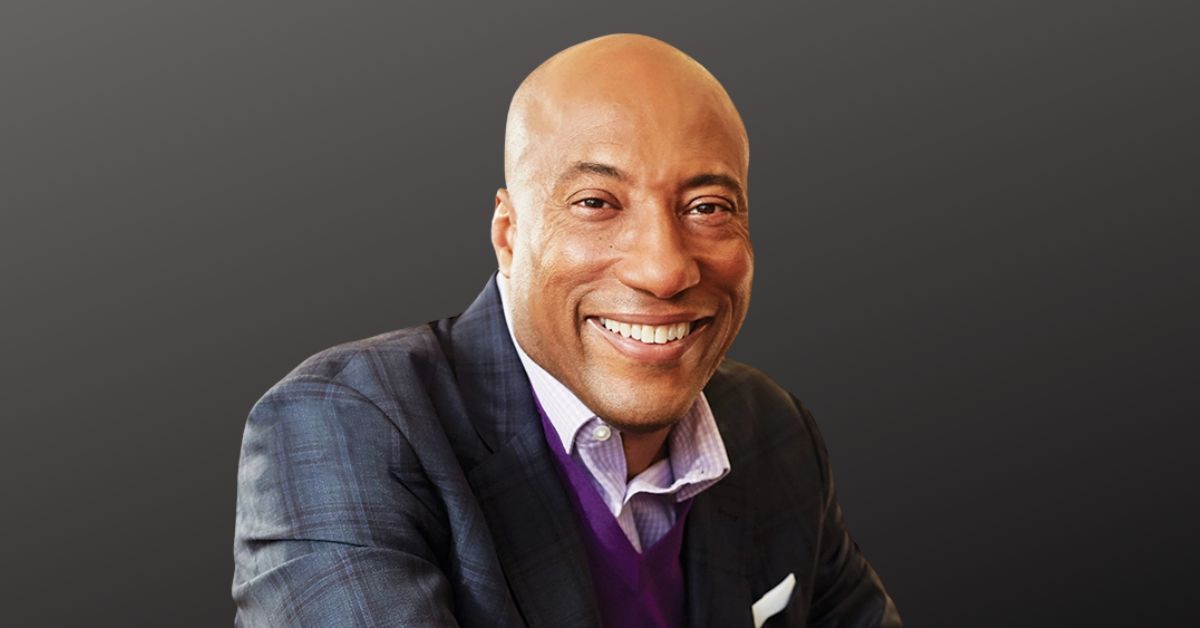 Also, due to the sheer volume of his shows, he is in high demand from advertisers who can take advantage of his ability to charge lower rates for commercial airtime while still reaching 35 million viewers. To this day, Byron is the sole owner of Entertainment Studios.

Byron and Jennifer Lucas tied the knot in 2007. The couple has produced three offspring over the course of their relationship.

Byron settled his $10 billion lawsuit against Comcast for racism in 2020, after a five-year legal battle. A private settlement was reached in February 2021, and he dropped the lawsuit. Carriage agreements for three of his cable channels were also part of the settlement. Comcast had originally refused to carry his channels, a decision that Allen claimed was due to racial discrimination. Also, read about Clive Davis

The court case was eventually taken to the Supreme Court after an appeal from Comcast. Allen’s lawsuit had previously been thrown out on three separate occasions at the district court level. Byron has sued both AT&T and Charter Communications, claiming that the companies are discriminating against black-owned media by not carrying their channels.

When Allen launched his portfolio of six HD television networks in 2009, he made history as the first television entrepreneur to do so. Pets. TV, Comedy.TV, Recipe.TV, Cars.TV, ES.TV, and MyDestination.TV is the six channels that make up the bundle. Today, Byron’s companies produce more than 30 nationally syndicated programs that (according to “The Hollywood Reporter”) bring in more than $100 million in revenue each year.

To the tune of $300 million, Byron Allen’s company announced in 2018 that it would be acquiring The Weather Channel. The cable TV network was part of the deal, but online properties such as Weather.com and its related apps were not (they had already been sold to IBM). Also, read about Travis Kelce

It was reported in 2020 that AMG had paid $30 million to acquire the Honolulu, Hawaii, ABC affiliate. The Hawaii-based affiliate covers all of the main islands, and it also has a portfolio that includes MeTV, Start TV, Heroes & Icons, and a Washington, D.C.-based news network. He completed a transaction earlier in the year that included the purchase of 11 broadcast television stations from USA Television.

The total value of the transaction exceeded $300 million. The Sinclair Broadcast Group and Allen will buy 21 regional sports networks from Disney/Fox in 2020. Incredible as it may sound, the deal was worth a whopping $10.6 billion.

In addition, the company acquired Bayou City Broadcasting, which operates four stations in states like Louisiana and Indiana. The total value of this transaction was around $165 million. It appears that major broadcaster Tegna is holding out, having turned down Allen’s $8.5 billion all-cash offer.

Byron announced in 2020 that he had put $500 million into network affiliates over the previous year. It was also reported that Allen plans to spend around $10 billion over the next few years on mergers and acquisitions in an effort to become the largest broadcaster in the United States. Byron’s firm paid $11 million in July 2022 to buy the bankrupt television network Black News Channel.

Byron Allen Net Worth is estimated to be around $800 Million in 2022. Byron dropped a hundred million on a Malibu mansion perched on a cliff in October 2022. The main house is 11,000 square feet and includes 8 bedrooms and 12 bathrooms; there are also smaller guest houses and a house for the staff.

You could have bought this house for $127.5 million back in May of 2021. Tammy Hughes Gustavson and her husband, also named Eric Gustavson, are billionaires selling Public Storage. Bradley Hughes, Tammy’s late father, and Public Storage’s founder paid $20 million in 2003 for the original purchase of the property.

Also, read about the following celebrities: