Martha Stewart is a successful businesswoman and well-known TV host in the United States. She became wealthy through the success of her media, publishing, and consumer goods empire. Martha Stewart Living Omnimedia had a spectacular initial public offering during the height of her fame and the dot-com boom. Martha Stewart made history when she went public as the first American woman to become a Billionaire via her own efforts. Unfortunately, after the bubble burst, the company’s market cap decreased by more than half. There will be more on that later on in the post.

Martha Helen Stewart (née Kostyra) entered this world on August 3, 1941, in Jersey City, New Jersey. Her parents, Edward and Martha Ruszkowski Kostyra, have six kids, and she’s the second one. At the age of three, she and her family relocated to Nutley, New Jersey. Stewart completed her high school education at Nutley and went on to get her undergraduate degree at Columbia University’s Barnard College.

When she was a teen, she was a model for Unilever and Tareyton advertisements. She supplemented her education funding by modeling for companies like Chanel. Andrew Stewart, now a law student at Yale, was a classmate of hers during their time together at the university. They tied the knot in July of 1961, and she earned a degree in History and Architectural History from Columbia University the following year.

Stewart’s parents were her teachers in the kitchen and in the sewing machine, and in the garden. On a trip to see her grandparents in Buffalo, New York, she honed her canning and preserving abilities and learned some new techniques.

In 1967, following in the footsteps of her father-in-law, Stewart became a stockbroker. After getting married, she and her husband bought a rundown farm in Westport, Connecticut, and renovated it into a cozy home. Stewart then worked at a variety of places, including as the manager of a gourmet food store and in her own catering business. Meanwhile, Andrew, her husband, had risen through the ranks of Harry N. Abrams, Inc. to become president of the company based in New York City.

He hired Stewart’s food service to serve at a book launch party, and there she met Alan Mirken, CEO of Crown Publishing Group. Mirken was so pleased by Stewart’s skills in the kitchen and behind the camera that he collaborated with her on a cookbook. She made her debut in print with Elizabeth Hawes’s ghostwritten “Entertaining” in 1982. 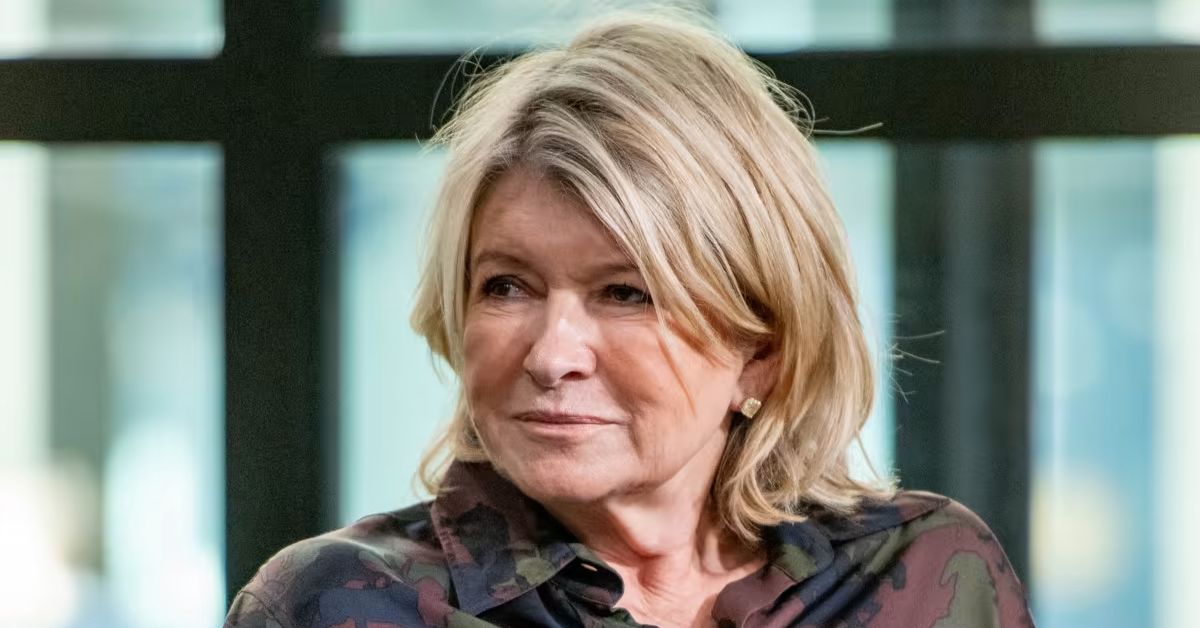 She has written for newspapers and magazines, made appearances on shows like “The Oprah Winfrey Show” and “Larry King Live,” and even hosted her own talk show.

In 1990, Stewart inked a contract with Time Publishing Ventures to launch a magazine bearing her name. Initial circulation for the inaugural issue of “Martha Stewart Living” was 250,000 copies, published in the latter half of 1990. Stewart also acted as the publication’s chief editor. In 1993, a television series titled “Martha Stewart Living,” based on her magazine debuted on the air. Beginning as a weekly half-hour broadcast, the show eventually grew to an hour in 1999 and aired until 2004.

In September 1997, Stewart and her business partner, Sharon Patrick, were able to acquire financing to buy Martha Stewart Brand television, print, and retail properties. Martha Stewart Living Omnimedia (MSLO), with Stewart as chairwoman, president, and chief executive officer, and Patrick as a chief operating officer, is the result of the merger of all of these previous endeavors.

New York Stock Exchange ticker code MSO dates back to MSLO’s IPO on October 19, 1999. Shares of the company started trading at $18. Price per share reached $38 by the close of trade, making Stewart a theoretical billionaire in an instant. As a result of her accomplishment, Martha became the first American woman to become a billionaire via her own efforts. Adjusting for inflation, her $1 billion net worth is equivalent to about $1.6 billion now. Also, read about Cuba Gooding Jr

As of February 2002, however, the stock price had dropped to $16 a share, rendering her no longer a billionaire.

Since the Sequential Brands Group merger in December 2015, MSO has become a part of that company. Martha maintained her position as a key investor. With an asking price of $175 million, Marquee Brands purchased Martha Stewart-related assets from Sequential in April 2019.

The SEC claims that Stewart saved $45,673 in 2001 when she used confidential information from her Merrill Lynch broker to sell all 3,928 shares of ImClone Systems stock she owned. While on a private jet, she allegedly received the tip and executed the trade.

She faced nine charges, including securities fraud and obstruction of justice, when she was indicted by the government on June 4, 2003. As a result, she gave up her roles as head of MSLO and chairwoman of the board. Also, read about Pitbull

In March 2004, a federal court found Stewart guilty of the felonies of conspiracy, obstruction of an agency procedure, and giving false statements to federal investigators. During her 2004 sentence, she spent a total of five months behind bars and was placed under two years of supervision after her release. In addition, she was fined $30,000.

Interestingly, Martha’s title as a Billionaire was briefly restored when the price of MSLO shares doubled during her time in jail. Martha’s net worth fell to $500 million in the six months after her release as stock gains reversed by 47%.

When Stewart was finally released from prison in March 2005, she immediately began a highly publicized return and was soon successful once more. The Martha Stewart Show, her return to daytime television, aired from 2005 to 2010 across five seasons. In 2006, at the 33rd Annual Daytime Emmy Awards, the show was nominated for six awards. In 2010, it was renamed “Martha” and began airing on the Hallmark Channel, where it stayed for two more years.

Stewart is the mother of Alexis Stewart, who she shares with her first husband, Andrew Stewart, whom she was married to from 1961 to 1990. Sir Anthony Hopkins, an actor, and Charles Simonyi, a billionaire, have both been mentioned as potential suitors.

I have the solution for all ur favorite fall + warm holiday meals — my MARTHA by Martha Stewart Enameled Cast Iron collection in beautiful colors available @themarthashop. So many ways to use them, including on the stovetop and in the oven! https://t.co/hSQYMUa9xW pic.twitter.com/KEZBIGdsRW

Martha Stewart Net Worth is estimated to be around $400 Million in 2022. In what should come as no surprise, Martha owns multiple properties across the United States. Her real estate holdings probably total more than $100 million.

A 67-acre estate in Seal Harbor, Maine named Skylands, which had been constructed in 1952 for auto heir Edsel Ford, was purchased by her in 1997. Across the pink driveway is a mansion with 12 bedrooms. She spent $5.8 million for the 7-acre lot next door in 2015. Martha owns a 152-acre property in Katonah, New York, which she has named Cantitoe Corners.

The town of Easthampton, New York After her marriage to Andrew Stewart ended in divorce in 1991, Martha invested in a piece of oceanfront property that spans an acre. Martha sold the house in September 2021 for $16.5 million.

Martha owns several apartments in a Perry Street building in New York City’s West Village. Martha reportedly does not reside at any of her properties, but her daughter Alexis does. Alexis Stewart is mentioned. Alexis listed a different multi-unit apartment building of over 9,000 square feet for sale in February 2019 for a staggering $53 million. Martha has two apartments in the Big Apple. The second one is a Fifth Avenue condo with Central Park views.