A long-anticipated invasion of Ukraine by the Russian military was begun early Thursday, despite warnings from the United States and the rest of the international community.

After weeks of rising tensions in the neighborhood, Thursday’s attacks came as a shock. The self-proclaimed People’s Republics of Donetsk and Luhansk, which Russia has backed in eastern Ukraine’s Donbas region, declared their independence in an hour-long address delivered by Russian President Vladimir Putin on Monday.

Russia has blamed Ukraine for escalating the issue and demanded that the country make a commitment to never joining NATO’s transatlantic defense alliance, something NATO has refused to do.

Over the weekend, two senior Meta executives uncovered and shut down two social media misinformation efforts that exploited tensions between Russia and Ukraine.

As part of their plan, the hackers also set up phony news websites that claimed to be situated in Kyiv, Ukraine and had their creators posing as news editors and other experts. In April 2020, Facebook discovered and removed a campaign linked to this one. At the time, Russia, Ukraine’s Donbass area, and two Crimean media outlets were implicated in the activities.

Several Ukrainian political figures, journalists, and military personnel had their Facebook profiles targeted in another operation. After their accounts were hacked, the compromised profiles were used to post YouTube videos depicting Ukrainians as weak and surrendering to Russia.

One video appeared to show Ukrainian soldiers emerging from woodland and waving a white flag.

“A few” was all Meta staff would say about the number of user accounts that had been hacked. Because of security concerns, they did not publish the identities of those who had created the accounts. Ads and monetization of the platform have been restricted for Russian state media since earlier this week.

Meta’s Vice President of Global Affairs Nick Clegg said the business does not want to limit services for Russians who are protesting and organizing against the conflict.

“The Russian Government is already limiting our platform to prevent these actions,” Clegg tweeted Sunday. Our services should not be turned down because we believe it would stifle key voices at a critical moment.

Ukraine’s ambassador is one of the thousands of people protesting outside the White House today.

As Russian forces continue to target Ukrainian civilians, hundreds gathered outside the White House on Sunday to show their support.

At this moment, there was “no other place” for Ukrainian Ambassador to the United States Oksana Markarova to be. More than a hundred Ukrainian flags were fluttering in the air as protesters chanted and sang in solidarity with the besieged country.

There will be no surrender because we are not ready to give up our hopes of freedom, Markarova declared. “I don’t have anything to say to Mr. Putin, but to the Russian people, you know, this is time for the Russian people, if they don’t want to be accomplices to these war crimes, to stand up and say it, because otherwise, they are as guilty as their leadership who ordered and executed this brutal attack and started the war in the 21st century in the middle of Europe.”

Misha Kashlev, a Russian man who attended the protest with his wife, urged those close to Vladimir Putin to take action to prevent the leader from causing further harm.

Because your boss is unable to do so, “I think you have a last chance now to take some action,” Kashlev remarked. “I don’t know what he’s capable of doing other than attempting to wipe out the entire human race. So, please, put a stop to it. Stop your leader from taking a course of action that cannot be reversed.”

An emotional Oksana Chuchvara broke down as she talked about her sister, who is trapped in a basement shelter without food or water, and the children who are dying as a result of the conflict in her country.

Chuchvara believes Putin is unstoppable and calls him “the devil.” “‘It’s very heartbreaking,’ she added. “It’s like, Hitler or something.”

“Just pray for Ukraine and support us,” Markarova said afterward, expressing the tone of the crowd.”

Millions more dollars in help will be given to Ukraine, Boris Johnson has agreed.

The office of British Prime Minister Boris Johnson announced a donation of 40 million pounds ($53.5 million) to “assist Ukraine with essential medical supplies and other help.”

Additionally, Ukraine has received nearly $133 million in help this year, the prime minister’s office says. It was also said by Johnson’s office that “anyone who has settled in the UK can bring their Ukrainian immediate relatives here to join them.”

According to a statement released by the office, “this will benefit many thousands of people who are making difficult decisions about their future.”

There were 352 civilian deaths, including 14 minors according to Ukrainian authorities.

The Ukrainian Ministry of Internal Affairs has released an updated list of people dead or wounded in the conflict in eastern Ukraine.

352 people were killed, including 14 minors as of Sunday night’s closing time, the organization said. 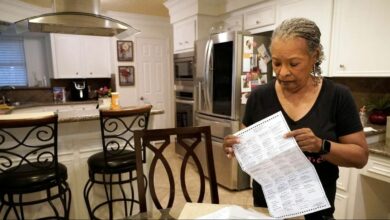 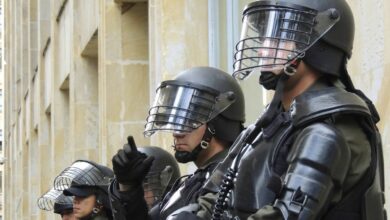 Police In Canada Mobilise As A Protest Crackdown Looms 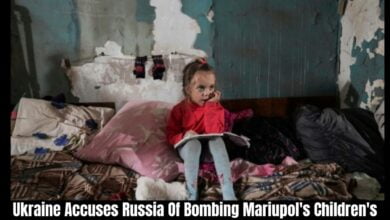