Monique’s Net Worth: Was She Nominated For Multiple Awards? Mo’Nique is an American actress and comedian with a net worth of around $13 million. She originally rose to prominence for her role as Nicole “Nikki” Parker on “The Parkers” (1999–2004), a part she originated on “Moesha.” Since then, she has been well-known for her stand-up comedy and hosting duties on series including “Showtime at the Apollo” (2000-2006), on which she originally performed as a featured comedian in 1994. Mo’Nique has additionally performed stand-up comedy on “Russell Simmons’ Def Comedy Jam” (1998) and “Thank God You’re Here” (2007), and she has hosted the BET Awards in 2003, 2004, and 2007.

Mo’Nique was born Monique Angela Imes in Baltimore, Maryland on December 11, 1967. Her mother was an engineer, while her father was a drug counselor. Mo’Nique grew up with Gerald, Millicent, and Steven, her three older siblings, and graduated from Milford Mill High School in 1985. After high school, she studied at Morgan State University and graduated from the Broadcasting Institute of Maryland in 1987. Mo’Nique’s comedic career began when her brother Steven dared her to perform at the Comedy Factory Outlet’s open mic night in downtown Baltimore.

In an interview with “Essence” magazine in 2008, Mo’Nique disclosed that Gerald began sexually abusing her when she was 7 years old and lasted until she was 11; Gerald served 15 years in jail for sexually abusing another girl. After the birth of her twins in 2005, Mo’Nique pushed Gerald out of her life. On an episode of “The Oprah Winfrey Show” in 2010, Gerald admitted to the abuse and stated that drug misuse and his own molestation led to him molesting his younger sister.

In a 1999 episode of the UPN sitcom “Moesha,” Mo’Nique made her acting debut as Nicole “Nikki” Parker. Later that same year, she began playing the part on UPN’s “The Parkers,” which aired 110 episodes over five seasons. She portrayed Nikki in three episodes of “Moesha” and one episode of “The Hughleys” on ABC in 2001. Mo’Nique voiced Boonnetta on “The Proud Family,” co-starred with Whoopi Goldberg and Danny Glover in the television film “Good Fences,” and appeared as a guest on “The Bernie Mac Show” while appearing on “The Parkers.” In 2005, she hosted and produced the plus-sized beauty pageant “Mo’Nique’s Fat Chance” on the Oxygen network, and in 2007, she presented “Flavor of Love Girls: Charm School” on VH1. She has appeared as a guest star on “Nip/Tuck” (2006), “The Game” (2007), and “Ugly Betty” (2007), and she has published a number of stand-up comedy specials and documentaries, including “Mo’Nique: One Night Stand” (2005), “Mo’Nique & Friends: Live from Atlanta” (2020), and “Mo’Nique: Behind Bars” (2007). In 2015, Mo’Nique portrayed Ma Rainey in the HBO film “Bessie,” for which she was nominated for multiple awards.

On Christmas Day, 1997, Mo’Nique married Mark Jackson. Prior to their divorce in April 2001, they had a son, Shalon, and adopted another, Mark Jr. Later, she established a relationship with Sidney Hicks, and on October 3, 2005, they welcomed twin sons David and Jonathan (two months prematurely). Mo’Nique and Sidney were wed on May 20, 2006, and she has stated that their marriage is open.

Mo’Nique reportedly owes $620,000 in past taxes and has received liens from the Internal Revenue Service and the Georgia Department of Revenue. She sued Netflix in 2019 for gender and racial discrimination after the streaming giant offered her $500,000 for a 2018 comedy special, a relatively tiny sum compared to the enormous amounts Amy Schumer, Dave Chappelle, and Chris Rock earned for their Netflix specials. Netflix attempted to get the lawsuit dismissed, but a court determined in July 2020 that it may proceed.

Mo’Nique won the Academy Award for Best Performance by an Actress in a Supporting Part for her role in “Precious” in 2010. Her portrayal earned her over 50 additional prizes, including a Golden Globe, Screen Actors Guild Award, BAFTA Award, African-American Film Critics Association Award, BET Award, and two Gold Derby Awards (Supporting Actress and Supporting Actress of the Decade). She has won two Black Reel Awards for Best Supporting Actress in “Precious” and “Good Fences,” as well as a Women’s Image Network Award for “Mo’Nique’s Fat Chance.” Mo’Nique has also been nominated for Primetime Emmys, Critics’ Choice Television Awards, Gold Derby Awards, Online Film & Television Association Awards, and Satellite Awards for her work in “Bessie.”

Monique’s Net Worth, Mo’Nique used to pay $22,000 a month to rent a 7,292-square-foot property in Roswell, Georgia, but in 2011, her landlords sued her for breach of contract and claimed she owed them $370,000. Mo’Nique countersued, claiming she wanted out of her lease because the residence smelled like dog feces and urine, had an overflowing septic tank, and had a mold issue. In 2012, the claims were resolved for an unknown amount.

On this page, we’ve included information about Monique’s Net Worth.

Continue to monitor our website for additional information about significant dates and personalities from around the world. Here you will find information about all of history’s renowned people’s biographies. Kindly share our tale with your friends and family if you enjoy it. 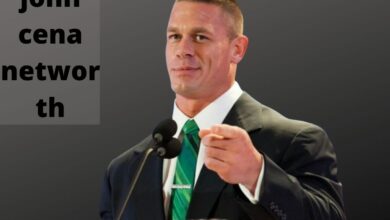 John Cena Net Worth in 2022: How Rich He is Now? All Latest Updates

How Tall Is The Weeknd In Feet? Everything You Need To Know!

What Is Eminem Net Worth? House of Eminem, Biography and Wealth

Who’s Big Sean Dating? Is He Divorced Or In A Relationship?