Robert Kraft was born in Massachusetts and became a successful businessman. Robert Kraft is one of the richest men in the world since he is the Chairman and CEO of The Kraft Group. He is best recognized as the main shareholder in the New England Patriots, the New England Revolution, and Gillette Stadium.

It is widely believed that Robert Kraft became wealthy through his ownership of the Kraft Foods manufacturing giant. On the contrary, this is not the case. For the record, Robert Kraft has zero ties to Kraft Foods, makers of household names including Grey Poupon, A1, Gevalia, Planters, Jell-O, Kraft Singles, Velveeta, Kool-Aid, Oscar Mayer, Cadburys, and Maxwell House.

Robert K. Kraft’s parents Sarah and Harry Kraft welcomed him into the world on June 5, 1941, in Brookline, Massachusetts. He was born into a poor family of Modern Orthodox Jews. He graduated as the senior class president from Brookline High School in 1959. As a student at Columbia University, Kraft once again held the position of class president.

He participated on the school’s freshmen and lightweight football teams and was a member of the Zeta Beta Tau fraternity. Kraft received his undergraduate degree from Columbia University in 1963 and his master’s degree in business administration from Harvard University in 1965.

At age 27, shortly after graduating from Harvard, Kraft was elected chairman of the Newton Democratic City Committee. He thought contemplated running for Congress from Massachusetts’s 3rd district in 1970 but ultimately decided against it out of fear of the stress it would place on his family and the intrusion it would cause into his personal life.

Kraft got his start in the business world working for his future father-in-law, Jacob Hiatt, at the Rand-Whitney Group, a packaging company. The company was taken over by Kraft in a leveraged buyout in 1968. For the time being, he still holds the position of chairman of the Rand-Whitney Group.

In 1972, Kraft established International Forest Products as a paper commodity dealer. To put it another way, the two paper and packaging companies are the largest privately held companies in the United States in their respective sectors.

When WNAC-TV was purchased by New England Television Corp. in 1982, Kraft was a stakeholder in the company. He joined the board of directors in 1983. In 1986, he was promoted to president of the company, and the station was rebranded as WNEV-TV. Also, read about Lionel Richie

He cashed out his $25 million share option in 1991. Additionally, Kraft purchased a number of Boston radio stations. After some time, in 1998, he established the Kraft Group, a paper firm that now spans 90 countries and generates over $2 billion annually in revenue.

Ever since the Patriots played in the American Football League, Robert Kraft has been a devoted supporter and season ticket holder. He made the purchase of the land next to the New England Patriots Stadium in 1985.

It appears that this was the first move in Kraft’s long-term plan to acquire full ownership of the New England Patriots. Second, in 1988, when the stadium was in bankruptcy court, Kraft outbid other competitors to purchase it for $25 million. Kraft bought the stadium and the lease to the Patriots along with it. This is crucial since it forms a significant part of Kraft’s grand scheme to acquire the franchise.

Then-owner James Orthwein openly desired for the NFL to return to his birthplace of St. Louis, thus rumors spread quickly that the Patriots were going there.

Since the Cardinals left for Arizona in 1988, St. Louis has been without a National Football League team. He had even planned out the team’s rebranding, deciding to call them the St. Louis Stallions. The only catch was that the club couldn’t leave Massachusetts unless Robert Kraft agreed to sell them out of the remaining years of their stadium lease. 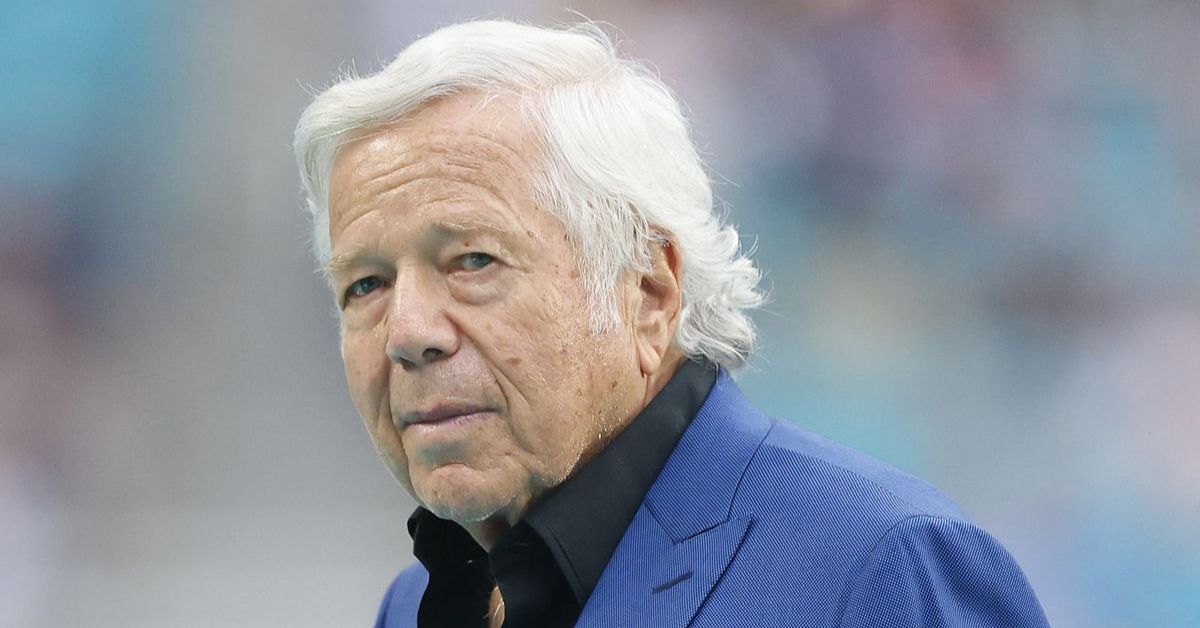 In 1994, James Orthwein offered Robert Kraft $75 million to buy out the remainder of the Patriots’ lease on Foxboro Stadium. If Kraft had given his blessing, the Patriots would have relocated to St. Louis. On the other hand, Robert Kraft was able to recognize an opening and grasp it. Also, read about Jimmy Johnson

His counteroffer of $175 million (about $300 million in today’s money) for the Patriots was an NFL record. This was an unbelievable price to pay for one of the league’s least valuable teams. Orthwein took the offer because breaking the lease would be impossible. With $4.1 billion in value, the New England Patriots have been around for 16 years and won six Super Bowls in 10 trips to the big game.

He first laid eyes on the future, Mrs. Hiatt, in a Boston deli in February 1962. In June of 1963, they tied the knot. Jonathan, Daniel, Joshua, and David were the couple’s four sons. Their family attended Temple Emanual in Newton, Massachusetts. In 2011, Myra Kraft lost her battle with ovarian cancer. 68 years of age was her official age.

Actress Ricki Noel Lander, 39 years Kraft’s junior, became Kraft’s girlfriend in June 2012. It was in the fall of 2017 that Lander became a mother. When the birth was announced in May 2018, Kraft denied paternity despite widespread suspicion that he was the child’s biological father. In 2018, Kraft and Lander’s relationship ended.

Kraft was arrested on a misdemeanor charge of “soliciting another to perform prostitution” on February 22 by the chief of police in Jupiter, Florida. Orchids of Asia Day Spa was the site of a human trafficking sweep that led to the accusations.

Authorities believed spa owners were trafficking women and coercing them into sexual services for paying customers. At the Orchids of Asia Day Spa, where Kraft was a client, he was allegedly caught on tape engaging in sexual activities. A plea deal was presented to Kraft on March 19, 2019, but he declined it because doing so would have been an admission of guilt.

On March 26, Kraft’s attorneys submitted court filings in which Kraft pled not guilty to all counts and asked for a trial by jury. A Florida judge found in August 2020 that Kraft’s constitutional rights had been violated when police seized the alleged sex tapes. The court has ruled that the prosecution cannot use the videos as evidence. In 2020 on September 24th, all accusations against Kraft were dropped for lack of evidence.

Robert Kraft Net Worth is estimated to be around $7 Billion in 2022. In 2010 Kraft and his wife, Myra, sold their 7,500 square foot Cape Cod home to their son Jonathan for $3.8M. The home was built in 2006 and features seven bedrooms and six baths.

Also, read about the following celebrities: