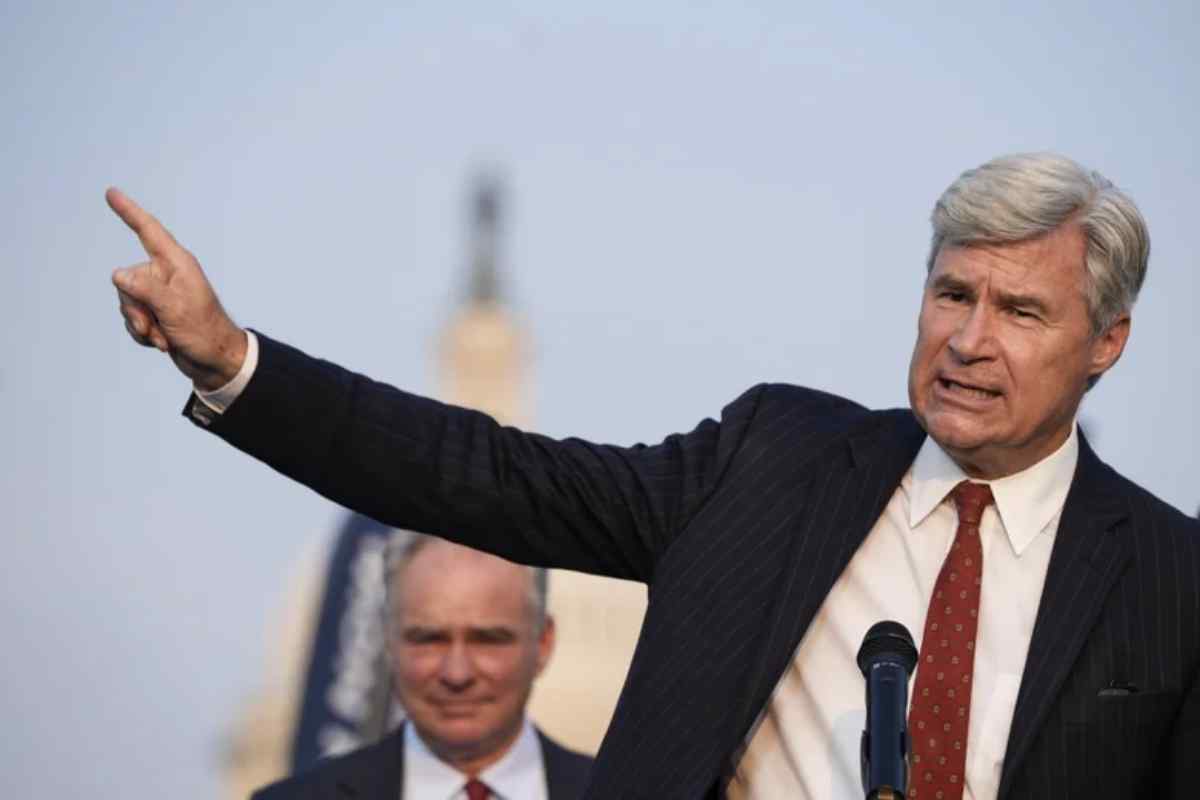 Sen. Sheldon Whitehouse’s office admitted on Saturday that he missed a deadline to record two stock trades, blaming it on a communication breakdown inside his office. On Jan. 28, Whitehouse purchased between $15,001 and $50,000 worth of shares in two companies: retailer Target and vehicle producer Tesla, according to a report filed on Wednesday. Members of Congress are required to declare stock trades and various other financial transactions within 45 days under the 2012 STOCK Act, putting Whitehouse two days behind in declaring his January stock purchases.

“The filing was two days late due to a staff transition in the office,” Whitehouse spokesperson Meaghan McCabe said. Insider originally revealed the story as a follow-up to a December investigative article on stock trading in Congress. According to Insider, “Lawmakers who are late revealing their stock trades – hundreds have been late in recent months — face a $200 punishment for an initial infraction.” “However, Whitehouse will avoid paying a fine because the United States Senate Select Committee on Ethics, which oversees financial disclosure fines, grants violators a fine-free ‘grace period’ if they disclose their stock trades within 30 days.”

Whitehouse’s transactions this week were the first since August when he revealed the sale of shares in three businesses — Alibaba, Microchip Technology Inc., and AT&T — as well as corporate bonds issued by Macy’s. These transactions netted him between $46,000 and $165,000 in profit. (The dollar figures are given in ranges rather than exact quantities.) Whitehouse’s financial dealings have gotten him a lot of bad press over the years, including a 2017 Politico report that named him as one of about three dozen lawmakers who had traded the stocks of companies impacted by federal policies. The third-term Democrat, on the other hand, has always maintained that he has no direct control over the buying and selling that takes place in his accounts, a view McCabe reaffirmed on Saturday.

“The senator does not trade stocks himself, nor is he consulted by the account manager regarding trades,” she said. According to OpenSecrets, a nonprofit research group, Whitehouse, a descendant of 19th-century railroad baron Charles Crocker, is the wealthiest member of Rhode Island’s congressional delegation, with an estimated net worth of $7.4 million as of 2018. That year, his senior Senate colleague, Jack Reed, was reported to have a net worth of $107,000. Members of Congress are increasingly being scrutinized for their financial activity, with support building for a bill prohibiting politicians from trading individual securities.

“The senator supports a ban on trades and is working with proponents of multiple bills to reach a unified caucus position,” McCabe said. Reed, Congressman Jim Langevin, and Congressman David Cicilline, the other three members of Rhode Island’s congressional delegation, have all stated that they would support a trading prohibition.