As Russian soldiers advance farther into Ukraine, President Joe Biden is taking steps to control rising energy bills, even if these actions go against his climate change goal.

On Tuesday, Biden stated that he is releasing 30 million barrels of oil from the United States’ strategic reserves as part of a 31-nation initiative to ensure that supplies do not run out following Russia’s invasion of its European neighbor. The release comes after those authorized in November, which was likewise coordinated with US allies.

In his State of the Union address, Biden remarked, “These efforts will help soften gas prices here at home.” He stated that the United States is prepared to do more if necessary to safeguard American firms and consumers.

The emphasis on high gas prices and expanded oil flow contrasts sharply with Biden’s commitment to wean Americans off oil and other fossil fuels by 2030 and cut global warming emissions in half.

It does, however, represent political realities.

The invasion of Ukraine by Russia has caused global markets to tremble. Oil prices have risen sharply, with benchmark crude in the United States reaching $106 a barrel, the highest level since 2014.

The Senate has been deadlocked for months on Biden’s $2 trillion social and environmental policy measure, which includes $550 billion for climate change efforts. It’s unknown when or if the bill will be put up for a vote, or what it will contain.

The exclusion was particularly noticeable given that a new United Nations report warned that climate change is poised to worsen, making the world sicker, hungrier, poorer, gloomier, and far more hazardous.

Despite bipartisan calls to block Russian oil imports, the White House says all options are still on the table, but punitive US penalties against Russia do not target its energy sector.

“If there was ever a moment to be energy independent, it is now,” said Sen. Joe Manchin, D-West Virginia, chairman of the Senate Energy and Natural Resources Committee and a vocal defender of fossil fuels like coal and natural gas, which are vital to his energy-producing state.

According to the US Energy Information Administration, the US purchased around 245 million barrels of crude oil and petroleum products from Russia in 2021, a 24 percent increase over the previous year.

“It makes no sense at all for us to rely on energy from a country that is actively engaging in acts of war against a freedom-seeking democracy — Ukraine — when we are blessed with abundant energy resources right here in America,” Manchin said Tuesday, he made remarks that rang true across the political spectrum.

Republicans seized the opportunity to demand that Biden reverse measures that they claimed had hindered American energy output, including the cancellation of the Keystone XL project from Canada and a restriction on new oil and gas leases on public lands and waterways.

“Biden must end his war on American energy production so the United States and our allies can have access to affordable, secure energy,” said Louisiana Rep. Steve Scalise, the second-ranking Republican in the House of Representatives He and other Republicans advocated for harsh sanctions on Russian energy output in order to deprive Russian President Vladimir Putin of the power and funding he used to invade Ukraine.

The two presented legislation on Tuesday that would require Biden to submit a “energy security plan” within 30 days and force him to “unleash America’s oil and natural gas production to offset Russian imports” that would be prohibited under the law. Westerman is the ranking Republican on the House Natural Resources Committee, while McMorris Rodgers is the ranking Republican on the House Energy and Commerce Committee.

Some Democrats are urging Biden to temporarily suspend the federal gas tax, citing a desire to alleviate pain at the pump and a fear of voter retribution in the November elections. Democratic senators are co-sponsoring a bill that would do just that. Mark Kelly of Arizona and Maggie Hassan of New Hampshire are both running for reelection in tight races.

The White House hasn’t taken a position on a gas tax holiday, but a spokesperson said officials are “actively engaging with key energy consumers and producers” to provide “relief at the gas pump for American individuals and companies.” According to the AAA motor club, gas prices were roughly $3.62 per gallon on Tuesday, up 24 cents from a month ago and 90 cents from a year ago.

Now, the conflict in Ukraine is raging “According to Kevin Book, an energy expert and managing director at ClearView Energy Partners, “looks likely to take bandwidth that administration officials might otherwise devote to energy transition.”

“Regime change appears to be crowding out climate change, and for good reason,” Book said in an email. “The world is warming slowly, but (Ukraine) is boiling over.”

While the war will obviously “dominate over everything′′ in the short term, the climate catastrophe will remain a primary emphasis for Biden and his administration, according to Jonathan Elkind, who served as assistant energy secretary for international affairs under President Barack Obama.

“We don’t have a choice of either/or. We need to do both. The climate doesn’t fix itself in the meantime,” said Elkind At Columbia University’s Center for Global Energy Policy, he is now a senior research scholar.

Senator Dan Sullivan of Alaska, a Republican, made no mention of climate change when urging Biden to cease “a holy war on American energy.” Sullivan told Fox News that Biden’s policies are “pushing up the price of energy for working families, laying off workers in my state, and enabling tyrants like Putin.”

“It’s killing us in three different areas. It makes no sense,” he said.

Kerry’s remark was “music to Vladimir Putin’s ears,” according to Pompeo, who worked under President Donald Trump. “To think that America is focused on climate change while the Ukrainian people are dying in Europe,” he said.

Kerry’s remarks, according to environmental groups, have been misrepresented. Even while the world’s attention remains focused on Ukraine, the climate problem continues, they added. Concerns over Russian oil and gas highlight the necessity of increasing renewable energy sources like solar and wind, according to Tiernan Sittenfeld of the League of Conservation Voters.

The crisis in Ukraine “underscores the urgent necessity to phase out fossil fuels for good.” ‘All of these things must be done at the same time,’ she stated.

According to the American Petroleum Institute, the industry’s leading lobbying group, U.S. corporations are critical in helping European friends with U.S. exports. In January, about 70% of liquefied natural gas shipments from the United States travelled to Europe, a pattern that industry experts expect to continue. 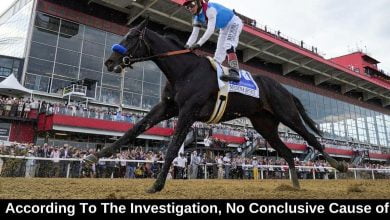 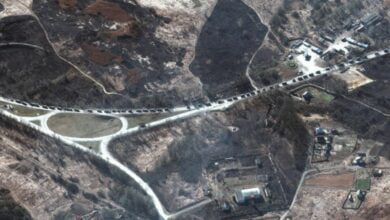 A 40-mile Convoy Of Russian Military Is Its Route To Kyiv, According To Satellite Imagery 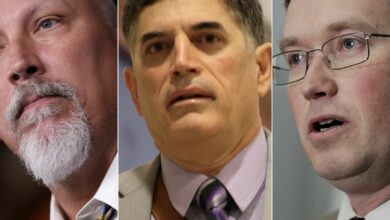 Three Republicans Voted Against To Making Lynching A Hate Crime 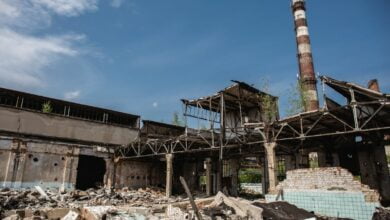 Russia-Ukraine News: Pfizer Is Sending Its Russia Revenues To Ukraine Despite The Conflict