Former American football player Tony Romo is now a television announcer. Romo is best recognized as the former Dallas Cowboys quarterback, despite the fact that he has also been dubbed a “brilliant commentator” for his work in the media industry. Romo started out as a holder before taking over as the Cowboys’ main quarterback in 2006. He later emerged as the Cowboys’ lynchpin, guiding them over the ensuing few years to a superb run of admirable performances.

Romo accomplished a number of firsts while playing for Dallas. Most passing yards, most passing touchdowns, most games with at least 300 yards in passing, and most games with three or more touchdown passes are among them. Tony also kept up a very high pass rate throughout his career. However, Tony received flak for failing to guide the Cowboys past the divisional rounds of the postseason, and he had a propensity to drop playoff games. He has the best passer rating of any quarterback who did not go to the Super Bowl (97.1), the highest rating of any retired player, and the fourth-highest rating in history.

Tony entered the broadcasting booth upon his retirement from the NFL. He became one of the highest-paid sportscasters in TV history because of his 2020 CBS contract. The post will go into more information about this contract later.

On April 21st, 1980, Antonio Ramiro Romo was born in San Diego, California. Because his father was sent to the Naval Base in San Diego, Tony was raised as a “Navy brat” there. the father started working as a carpenter and construction worker after the family moved to Burlington, Wisconsin. Tony developed a passion for baseball during his childhood and joined the Little League All-Star squad.

Romo started playing football in high school. Tony won multiple awards after taking over as the team’s starting quarterback. Prior to his 1998 high school graduation, he also participated in basketball, tennis, and golf for his high school during this time. Romo participated in the NCAA Division I-AA Panthers competition while attending Eastern Illinois University. At the college level, he developed quickly into an effective quarterback and topped the league in throwing efficiency. He received numerous awards during his time playing college football, including OVC Player of the Year and All-America recognition.

Tony Romo’s NFL career got off to a rough start in 2003 when he went undrafted. But despite competition from the Broncos, it was obvious that the Cowboys wanted him, and they were able to sign him as an undrafted rookie. He was initially their third-choice quarterback, and the only reason he managed to stay on the team was Quincy Carter’s drug scandal. In 2004 and 2005, Romo mostly served as a placekick holder rather than a quarterback. A positive development occurred in 2004, though, when he scored the game-winning touchdown on the ground against the Oakland Raiders.

Romo had advanced to the Cowboys’ backup quarterback status by 2005. He backed up Drew Bledsoe in 2006 and occasionally saw action in a game. He was guiding the Cowboys to victories against the Colts and the Buccaneers at the end of the season. In 2007, Romo signed a $67.5 million contract deal and took over as the team’s starting quarterback.

Romo would continue to perform well and garner plaudits throughout the course of the following ten seasons. He was able to secure brand endorsement deals thanks to his performances, and one of the most prominent ones occurred in 2008 when he signed a $10 million, five-year contract with the company Starter. During this time, he was hurt numerous times, including with fractured ribs, broken clavicles, punctured lungs, herniated discs, and more. Despite criticism of his postseason performance, Romo agreed to a new $108 million, 6-year contract agreement with the Cowboys in 2013. At the age of 37, he left the NFL in 2017. Also, read about Peter Buchignani

Tony Romo immediately demonstrated his value, despite the doubts of many onlookers who questioned his virtually rapid promotion to the role of primary color analyst for CBS Sports’ NFL coverage. By 2017, he was receiving a great deal of critical acclaim for his extraordinary capacity to foretell plays before they occurred. In addition to making play predictions that were incredibly accurate, Tony was able to engage audiences in a manner that his predecessors had not been able to.

Romo gained notoriety for his romance with Jessica Simpson, which started in 2007. After two years, they split up. In 2011, Tony wed Candice Crawford, a writer, and former Miss Missouri. They started dating in 2009. They have had three kids together throughout their partnership. 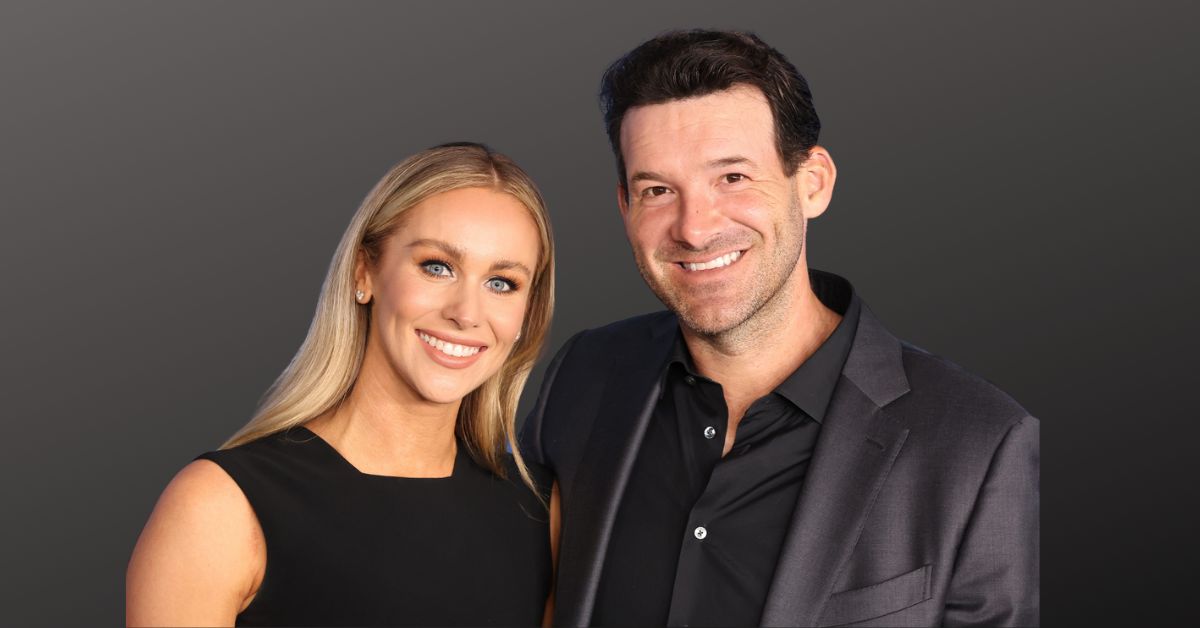 Tony Romo is a real “rags to riches” tale in terms of his pay. He was not selected in the draught, and the Cowboys paid him only $10,000 as a free agent that year. In the end, Tony would make about $130 million in pay while playing in the NFL. In comparison to other undrafted free agents, that is $40 million more. Also, read about Emma Watson

Tony was selected to work for CBS as an NFL commentator after his retirement from the league. He received a $4 million yearly wage for the first several years he worked in the booth. It was rumored in January 2020 that Tony was leaving CBS for ESPN as part of a deal that would make him the highest-paid sportscaster of all time. This was reportedly equivalent to a potential $14–$15 million yearly compensation. Romo had previously made $12 million during his three-year CBS contract.

Tony quashed speculations that he will join ESPN by agreeing to a $180 million contract in February 2020, committing to remain with CBS. He was one of the highest-paid sportscasters in history thanks to the $17 million contract salary.

Tony Romo has prescient vision. We frequently witness it when he predicts what will occur in a play before it is called, and everything subsequently proceeds exactly as he predicted.

In Sunday’s Bills-Chiefs matchup, he went a step further by correctly predicting the outcome of the game in the first quarter of a 0-0 game.

Seriously. He got it right. “This is going to be a 24-20 type of game,” he predicted when speaking with Jim Nantz. And what about that? It was! Josh Allen’s late touchdown pass gave the Bills a 24-20 victory.

Tony Romo Net Worth is estimated to be around  $70 Million in 2022. Tony Romo reportedly bought a quite modest house in Valley Ranch, Irving, Texas, back in 2008. The house, which is entirely painted in black and white, cost him only $699,000. It was commonly considered that this acquisition represented a long-term investment rather than a genuine living space for the NFL player due to subpar features including black tile floors and dubious aesthetic choices. He made a sizable return on his initial investment in 2016 when he sold the 5,551-square-foot house for $1.05 million.