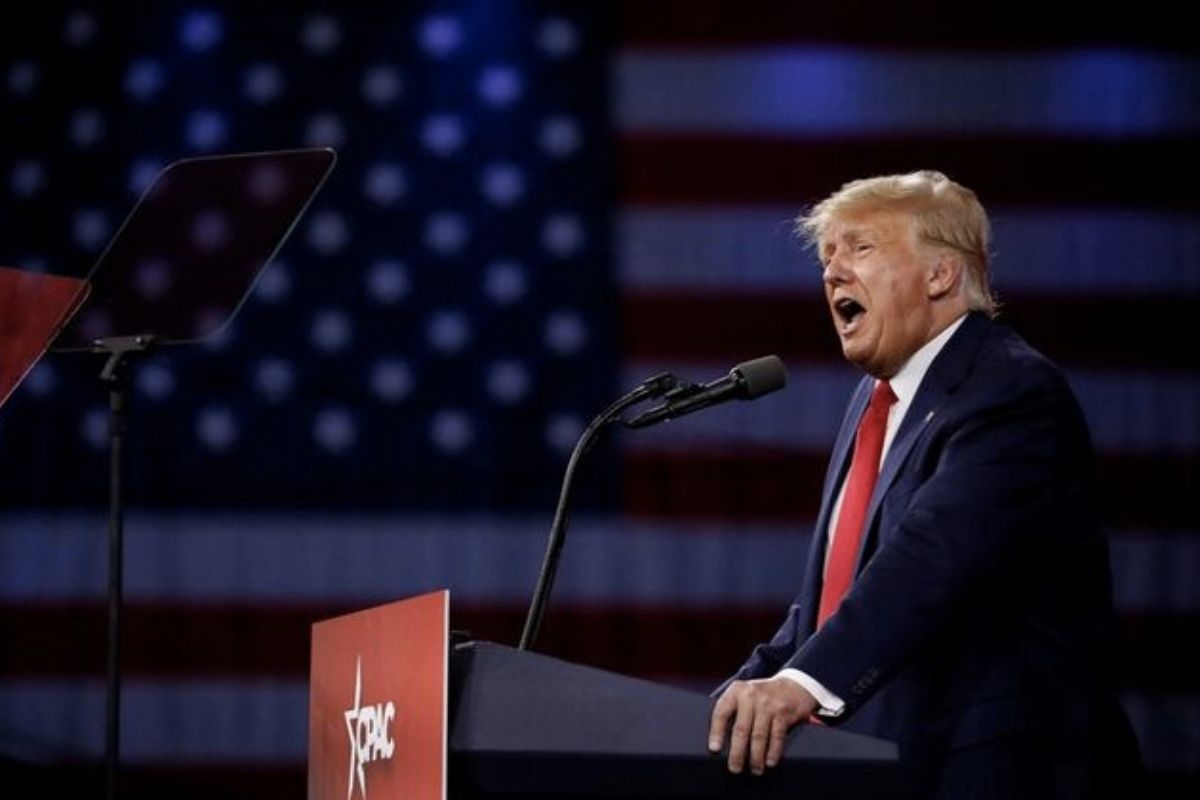 At CPAC on Saturday night, Donald Trump slammed his perceived foes. He chastised Democrats, claiming that the “most dangerous individuals” in the US are “those from within.”

In 2024, Trump hinted about a third presidential candidacy.
During his address at the Conservative Political Action Conference (CPAC) in Orlando, Florida, on Saturday night, former President Donald Trump declared that the “most dangerous individuals are within” the United States, inflaming party tensions.

“As grave as the dangers are abroad, it’s the destruction within that spells our doom,” Trump said.

“Our most dangerous people are people from within. These are people that must hate our country because they make us weak.”

Trump used strong rhetoric regarding Democrats throughout his rally, encouraging his supporters to “stand up to the left-wing Nazis.”

“As grave as the dangers are abroad, it’s the destruction within that spells our doom,” Trump said.

“Our most dangerous people are people from within. These are people that must hate our country because they make us weak.”

“They indoctrinate your children to hate their parents while calling you a hateful racist,” Trump said.

The former president screamed against Democrats and “RINOs,” or “Republicans in Name Only,” throughout his almost hour-and-a-half address, while applauding Russian President Vladimir Putin, who started an all-out invasion of Ukraine on Thursday.

He also made a strong suggestion that he will run for president again, saying: “We did it twice. And we’ll do it again.”

While discussing the Biden administration’s foreign strategy toward Ukraine, Iran, and other issues, Trump stated that the real issues were at home.

He made the ridiculous allegation that “global jails are being poured into our nation” and that the US is being “poisoned” by “illegal aliens.”

“Under Joe Biden we’re losing our country no different than if we had lost a war,” Trump said.

Trump further fueled the cultural battle by criticising Democrats’ climate change worries and alleging that they educate four-year-olds to “choose their own genders.”

Inevitably, he rehashed his unfounded accusations that the 2020 election was rigged, as well as his complaints about probes into his company’s finances and his actions during the Capitol incident.

“They’re continuing their evil and demented persecution of me, my family, my staff, my supporters, and you,” he told the crowd.

Trump has repeatedly attempted to portray his investigations as direct attacks on his followers, and has threatened large demonstrations if prosecutors investigating him “do something unlawful.”

Bordertown Season 4: Is It Going To Release Soon?

The Cook Of Castamar Season 2: Plot, Cast, And More!

The Worst Witch Season 5: Everything You Need To Know!

Who Is Ryan Blaney Dating? Is He Dating Gianna Tulio?